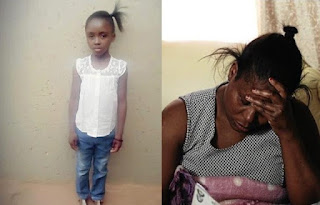 An 8-year-old identified as Vutlhari Sithole, has been found dead after disappearing at a playground near her home, on Friday evening, in Lehae, Johannesburg, South Africa.
Sowetanlive reports that, a neighbour, who is also her grandfather’s colleague, allegedly told her to follow him to his house where he promised to give her 10 rands.
Vutlhari’s grandfather, Zwelakhe Nukeri, said he was shattered when he saw the girl’s lifeless body. The discovery came after a 12-hour search on Saturday.