Skip to content
The Socio-Economic Rights and Accountability Project, (SERAP) has issued a 7-day ultimatum to Governor Abiola Ajimobi of Oyo State to repair the demolished part of the Yinka Ayefeye’s N800 million music house or be ready or be ready to face legal action.
SERAP also called on Ajimobi to immediately halt all further eviction and demolition of Fresh FM building and to show full respect for the safety and dignity of residents and owner of Fresh FM.
“We also urge you to immediately begin repairs of the Fresh FM building and to adequately compensate the radio station and its owner and publicly guarantee non-repetition,” it said.
The organization urged Ajimobi to “ensure full and effective respect for the rights to freedom of expression and media freedom in Oyo State.

We request that you take this step within 7 days of the receipt and/or publication of this letter, failing which SERAP will take national and international legal actions to compel your government to act in the public interest and the overall interest of the rule of law.”

In the letter dated 21 August, 2018 and signed by SERAP’s Deputy Director, Timothy Adewale, the organization said,

“We have information to suggest that the destruction of Fresh FM was based on political considerations and retaliation against the radio station on purported allegations of defamation against you. The facts suggest that the demolition of Fresh FM building failed to comply with the principle of lawfulness and reasonableness. The demolition was neither done in the public interest nor carried out to achieve a legitimate aim.”

“This apparently unlawful action has set a bad precedent, and created a high level of uncertainty and anxiety among many radio stations and other media organizations in Oyo State about the future because of the likelihood of their buildings being demolished when they are deemed to broadcast views which the Oyo State authorities mat consider too critical or ‘defamatory’.” 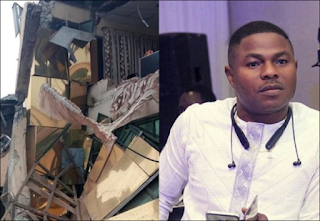