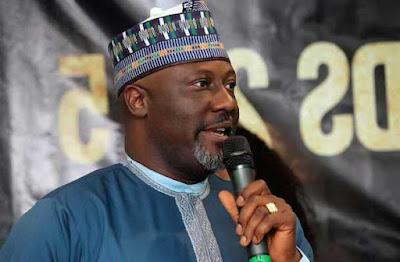 The police on Friday acknowledged that controversial senator, Dino Melaye, has surrendered days after the police laid siege to his house in Abuja.
The police laid siege to Mr Melaye’s house last week Friday after the lawmaker allegedly refused to appear before the police for questioning. He is wanted for his alleged role in the shooting of a police officer who is still in the hospital, the police said.
Authorities say the embattled Senator is pretending to be ill. Police spokesman, Jimoh Moshood says all tests conducted on the Senator proved negative.