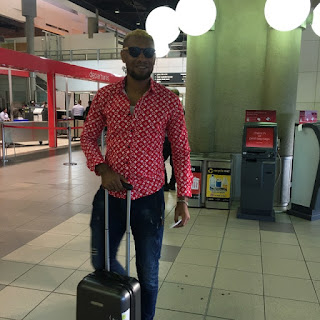 A Nigerian man living in Queensland, Australia has been arrested and charged after allegedly posing as a United States soldier online and forming a romantic relationship with a 34-year-old woman who sent him $370,000 all in the name of love.
Cosmos Emeh, 32, appeared in the Brisbane Magistrates Court on Friday, where it was revealed he had also been accused of trying to get the victim to send him a further $170,000 before officers swooped and arrested him at his Durack home on Thursday.
Mr Emeh, who is in Australia on a student visa, allegedly received the money over the course of three months from the 34-year-old Brisbane woman, who later contacted police and sparked the investigation.
Romance Scam: Australia Police arrest Nigerian man who posed as US soldier and allegedly scammed woman out of $370,000 (photos)
According to his defence lawyer, the accused has been in Australia for two years, has no criminal history, is studying a certificate of urban and environmental planning at Griffith University and already holds a bachelor degree.
He had rented a Durack home with his partner, a permanent citizen, since entering the country.
According to his defence lawyer, Mr Emeh claimed the SIM card he was found with, allegedly associated with the phone number used to ask the victim for money, had only been in his possession since Thursday after it was sent to him.
The court heard Mr Emeh denied knowing the victim prior to Thursday, having any contact with her on the internet, being the instigator of the relationship or knowing he was involved in a scam.
However, Mr Emeh conceded that he may look suspicious in the circumstances, his lawyer said.
Police will allege the woman became involved with Mr Emeh on a social media platform in October 2018 while he was claiming to be a US soldier in Syria. 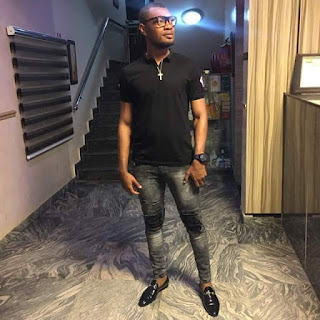 “Over the course of the following months, the victim was groomed into believing the stories provided by the criminal and formed an online romantic relationship,” a police spokesman said, before the man faced court.
“The victim sent over $200,000 to the ‘US soldier’ via a series of transfers through a money transfer service.”
Prior to his court appearance, police issued a public warning after uncovering a “disturbing element” within the alleged scam. They claimed the accused – acting as an agent for the soldier he was allegedly impersonating – travelled to the victim’s home to collect another $105,000.
In court, prosecutors alleged Mr Emeh had received a total of $370,000 from the victim.
Detective Superintendent Terry Lawrence of the state crime command’s financial and cyber crime group said the alleged scam was common worldwide.

side effects of testosterone propionate

1 thought on “Nigerian man arrested in Australia over $400k scam”