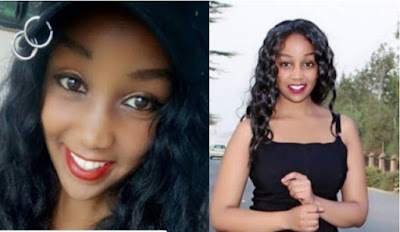 The search for a young lady who was declared missing for weeks – has taken a sad turn after her corpse was finally identified at the mortuary on Monday, January 14.
Former Multimedia University student who went missing on December 30 in Kenya, was found at Nairobi city mortuary.
Susan Njoki, 24, hailed from from Njoro, Nakuru County, Kenya. Ms Njoki’s family reported her disappearance at Ongata Rongai police station on January 8.
She went missing for two days after returning to Nairobi where she worked for a public relations company.
A relative told the Nation on Monday that Ms Njoki celebrated Christmas at the family home in Jordan estate before heading back to the city on December 27.
“She called mother, Hellen Ngige, to tell her that she had arrived safely at her Ongata Rongai house,” the relative said. “That is is the last time we heard from Njoki.”
The relative added that Ms Njoki’s phone went dead on December 30.
Questions now linger on what might have happened to Ms Njoki, whose colleagues say was last seen on the night of December 30.
“We worked for three days until we broke for the New Year celebrations,” one of Ms Njoki’s work mates told the Nation.
It is alleged that Susan was hit by a vehicle in Ruiru on New Years’ eve, although her family had no idea at the time.