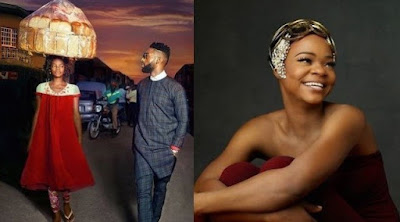 Former bread seller turned model Olajumoke Orisaguna has reacted to allegations against her by her baby daddy in a new interview.
The father of two who revealed that his union with Olajumoke Orisaguna is not formal had bemoaned the celebrity status of his partner saying it brought out a side of her he never knew existed.
According to him, she now talks recklessly to him and gives him no regard.
Since the reports went viral, the model and mother of two has reacted via her instagram page with a cryptic message “Don’t worry, it’s just a phase” and the caption : “Peace”. 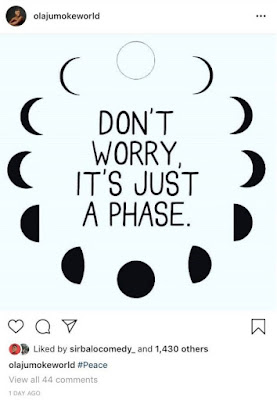 Followers have since stormed her comment section with words of advice while others came with questions, wanting to know if truly she talks recklessly to her ‘husband’ because of her acquired fame.