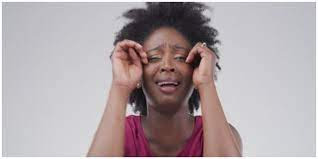 A Nigerian lady has been left devastated and heartbroken after the boyfriend she made sacrifices for, dumped her for someone else.

According to the lady, she slept with the CEO of an Insurance company to help her then boyfriend secure a job.

However, after he became gainfully employed and stable, he dumped her and said he cannot marry her because she is the only educated person in her family, hence he is worried that responsibilities would be too much for him.

She further revealed that he got married to another girl in the same week that he disclosed his reasons for ending their relationship. 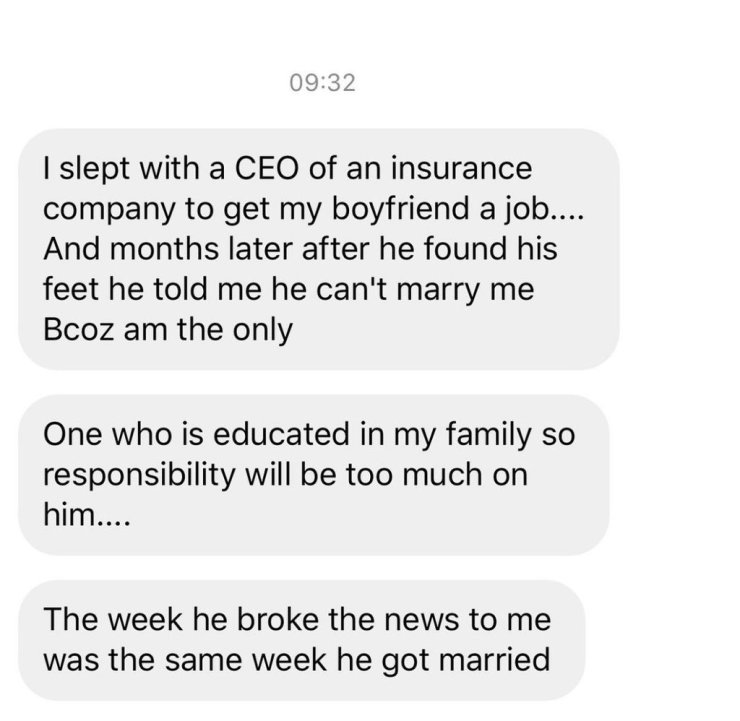