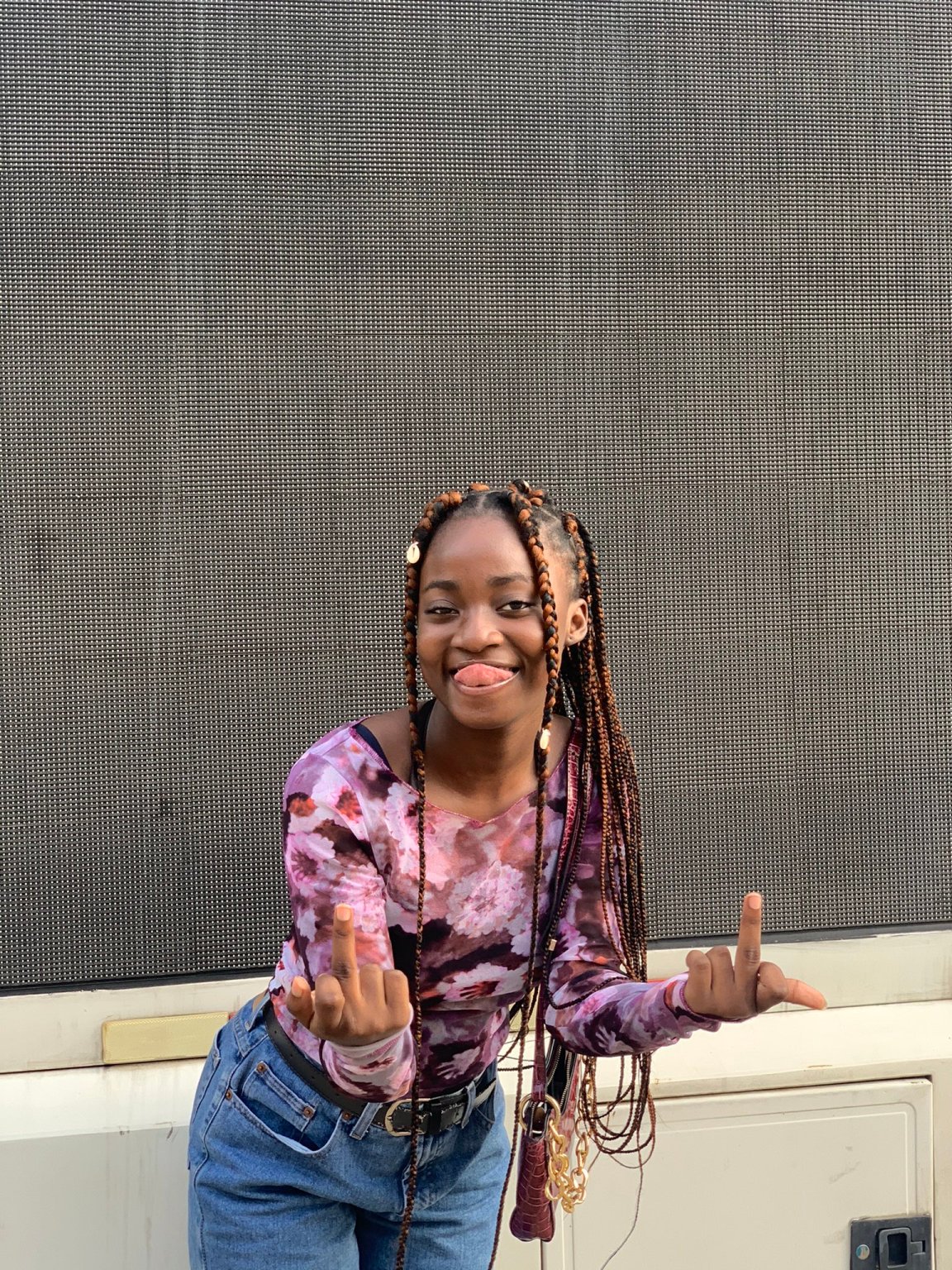 She probably made a discovery that wasn’t much to her liking and exasperated over this, Nigerian Twitter user, @ayinkelovesfood took to her page to place a curse on deceivers.

Without mincing words, Ayinke attributed her curse to the category of people who deceive other people by acting like they’re single when they actually aren’t.

Ayinke wrote, ”All of you that deceive people that you’re single when you’re not, God will punish you”, in another tweet, she wrote, una don mislead me. 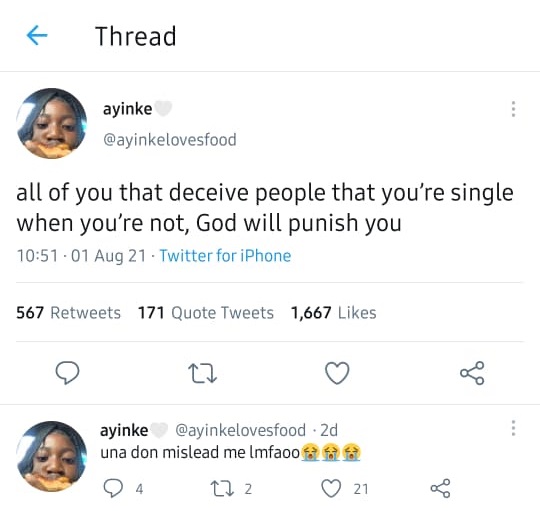 So for people, especially those online, who when a lovey-dovey post of a couple is shared online, are quick to react saying things like “God when“, when in reality, God has done it, just remember that Ayinke has placed a curse for people that are deceiving in this regard… lol